‘In Search of a Cure,’ Teamsters Continue to Raise Millions for Autism Research 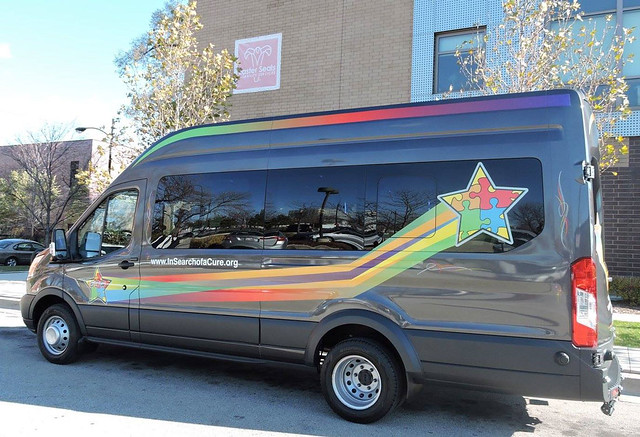 The younger Hancock, who lives with autism, ensured the Teamsters were well-represented during this year’s festivities while shining a light on critical charitable giving and research. For more than a decade, the Hancock family and the Teamsters Union have partnered to raise more than $5 million for autism awareness and support programs for those affected by the developmental disorder.

The Joint Council 25 semi-trailer and Teamster members from across Illinois and northwest Indiana were present throughout Saturday’s parade as well, marching in solidarity with Hancock and the Shannon Rovers, Chicago’s premier Irish pipe band.

“Together we will cure autism,” Terrence J. Hancock said. “I’m so proud of my courageous and inspiring son Bryan for everything he’s given to me and the vital work that we do with the union and our charity. The millions we’ve already raised and the millions more still to come will benefit children and adults living with autism around Chicago now and long into the future.”

Terrence J. Hancock, who also serves as President of Teamsters Local 731, founded the “In Search of a Cure” Golf Event in Honor of Bryan D. Hancock more than 15 years ago. Today, the charitable event is a national leader for autism fundraising, generating millions for Easter Seals and likeminded organizations dedicated to finding a cure.

In December 2015, Easter Seals Metropolitan Chicago honored the Hancock family by dedicating their campus at 1939 W. 13th St. in Chicago as the “Terrence J. Hancock Family Campus.” The Joint Council 25 Vice President’s passionate family was on-hand for the ceremonial unveiling, including his sons Bryan, Colin and Andrew, and wife Deirdre. Over the years, donations from the “In Search of a Cure” golf outing helped Easter Seals build its new $46 million therapeutic school and medical center for individuals living with autism in Chicago.

The facility is the only one of its kind to combine on one campus educational and medical research facilities with independent living accommodations and early intervention and school-to-work transition programs. Recently, “In Search of a Cure” also donated vans and electronics to Easter Seals and Little Friends, a non-profit organization in Naperville serving children and adults with autism.

“The work that Terry and the entire Hancock family do for autism research and support programs throughout Chicago has a remarkable and overwhelming impact on so many lives,” said John T. Coli, President of Joint Council 25. “The strides made by ‘In Search of a Cure’ and Easter Seals remind us all what it means to give back and work hard on behalf of those who need our support the most. The Teamsters couldn’t be prouder to be a steadfast partner in this endeavor and to have Terry Hancock and his family play such an important part in our union family.”

The 16th Annual “In Search of a Cure” Golf Event in Honor of Bryan D. Hancock will be held on Friday, July 28 at Silver Lake Country Club in Orland Park, Ruffled Feathers Golf Club in Lemont and Old Oak Country Club in Homer Glen.

Approximately one in 68 children born today in the United States is diagnosed with autism. There is currently no known cure. To learn more and show your support, please visit InSearchofaCure.org.